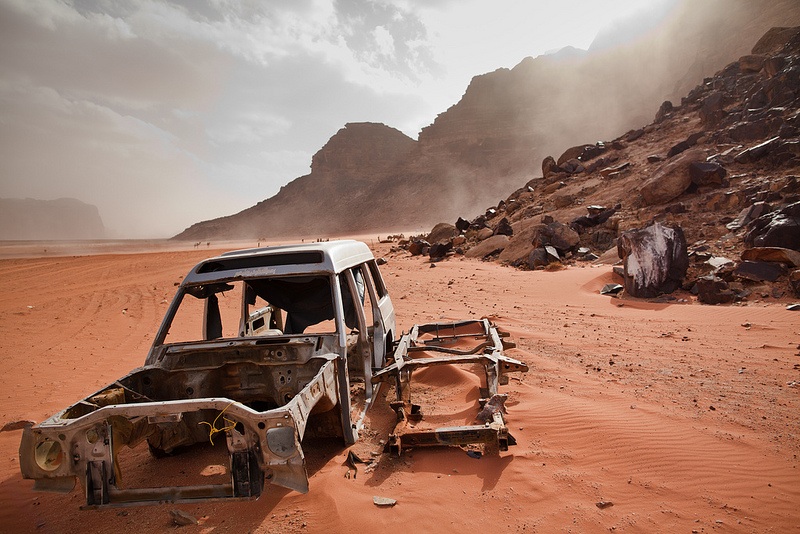 e tend to think about storytelling as something which happens around a campfire, in front of pulsing plasma screens, the dim glow of the night stand lamp. But no matter how public or intimate the setting, we still experience these stories as something external, words or images, bits and pieces — however gripping or emotional– launched at us from the outside world.

The moment we leave the cinema or close a book, we consider the story complete, its after-images mere appendices, narrative echoes reverberating in our skulls.

From within the divide of our sense of self, we neatly split “consumers” from “creators”, the entertainers from the entertained. Stories are something for lazy afternoons, little diversions from the seriousness of the daily grind, carefully stacked and labelled like crates of wine.

But what if stories only work on us, because we all carry the genetic source material of storytelling? What if our whole life is a gigantic epos, pieced together from narrative strands of our own making?

Whether we consider ourselves successful, happy and content (or the opposite) largely depends on the way we frame any given moment in the larger context of our narrative possibilities. In other words, the stories we tell ourselves become the life we live. Self-help books and psycho-gurus tell us we can be whoever we want to be, we just need to believe. But as with all stories, there are a variety of genres and clichés. It’s not that we can’t tell ourselves all kinds of stories — we can, and we certainly do — but what is the stuff these dreams are made of?

Some people live in a self-described tragedy, consistently plotting the downfall of their protagonist (i.e. one’s sense of self), despite all growth just seeing decline, because such is the way of tragedies. Others script carefully constructed self-apotheoses of success, power and fame, placing milestones of “first child”, “first million dollars” or “first run for office” on the path ahead and comparing the protagonist’s progress to the prescribed course.

Comparison is a great catalyst — for better or worse — in these narrative worlds we inhabit and call our lives. If we aim to weave a certain story about ourselves, which are the templates we follow, and where did we obtain them? Are we choosing these patterns from the ranks of our family, friends, colleagues or local culture? Who determines the factors of our makings and undoings? If we try to tweak our story, whose advice do we follow?

What makes a good story worthwhile in the end is not a predictable ending but the element of surprise, the sudden twists and turns, crises unmasked as opportunities, new beginnings revealed at the end of one-way streets, the poetry of unexpected breakthroughs and long lost glories reappeared.

The biggest twist, however, is that as both protagonist and storyteller, we are unable to plan our own surprises; it’s impossible to predict serendipity.

So maybe, instead of comparing our life to a (however loosely) prefabricated script with desired perks and glories, we could try instead to rely on the only reliable reality which is the unreliability of our created reality.

Because somewhere in the depths of our narrative DNA, a different story might be unfolding, preparing the next chapter while the storyteller isn’t looking…