fter playing around for a few days with Google Cardboard I definitely started to see the potential of phone-based VR but unfortunately the available games/apps on the Play Store were all rather short and restricted, seeming more like demos than full-blown VR experiences, so when I found that you can stream PC games in VR to your phone mode by using the simple yet smart Trinus Gyre software, I immediately tested it out with System Shock 2.

After downloading the Trinus Gyre client app for Android and the Windows server, the first thing I did was set up a USB tethering connection, since the default Wi-Fi connection left much to be desired in terms of stability and speed.

Another hurdle was that in order to stream 3D games from my laptop to Android with Trinus, they have to be running in windowed mode. After looking in vain for any in-game settings, I came up with the following solutions:

I’m using the GOG version of System Shock 2 and the easiest way to run it in windowed mode is to edit the cam_ext.cfg file in your main game folder and remove the semi-colon from line 43 before “force_windowed” so it reads as follows:

After uncommenting that line, System Shock now runs in windowed mode and is ready to be streamed in stereoscopic vision to your Android device.

Another solution to run System Shock 2 (or any game for that matter) in windowed mode is by using this little tool called DXWnd. Simply add the game to the list and run it through the tool. 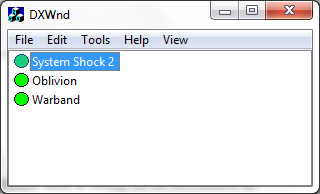 Setting up System Shock 2 for Streaming through Trinus Gyre VR

Since System Shock is a rather old game I managed to stream it in very high quality (see settings below) and still achieve decent FPS on a very mediocre laptop. Here are the settings I ended up with for a 5.5 inch device in a basic headset like this, ymmv. 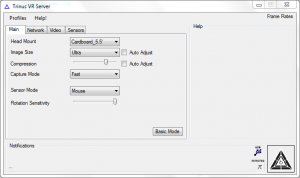 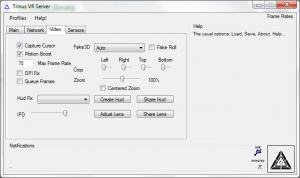 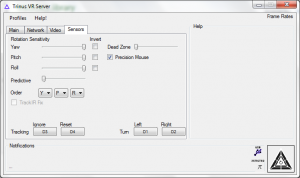 System Shock 2 is an intense game even without the VR component. The haunted atmosphere, the suspenseful sound design and story makes for a lot of heart in your mouth moments. Actually being able to walk the dark corridors of the Von Braun spaceship in immersive VR ratches up the intensity factor to such a degree that when I heard the first Pipe Hybrid sneaking up on me from behind, I almost ripped the USB cable out of the headset. 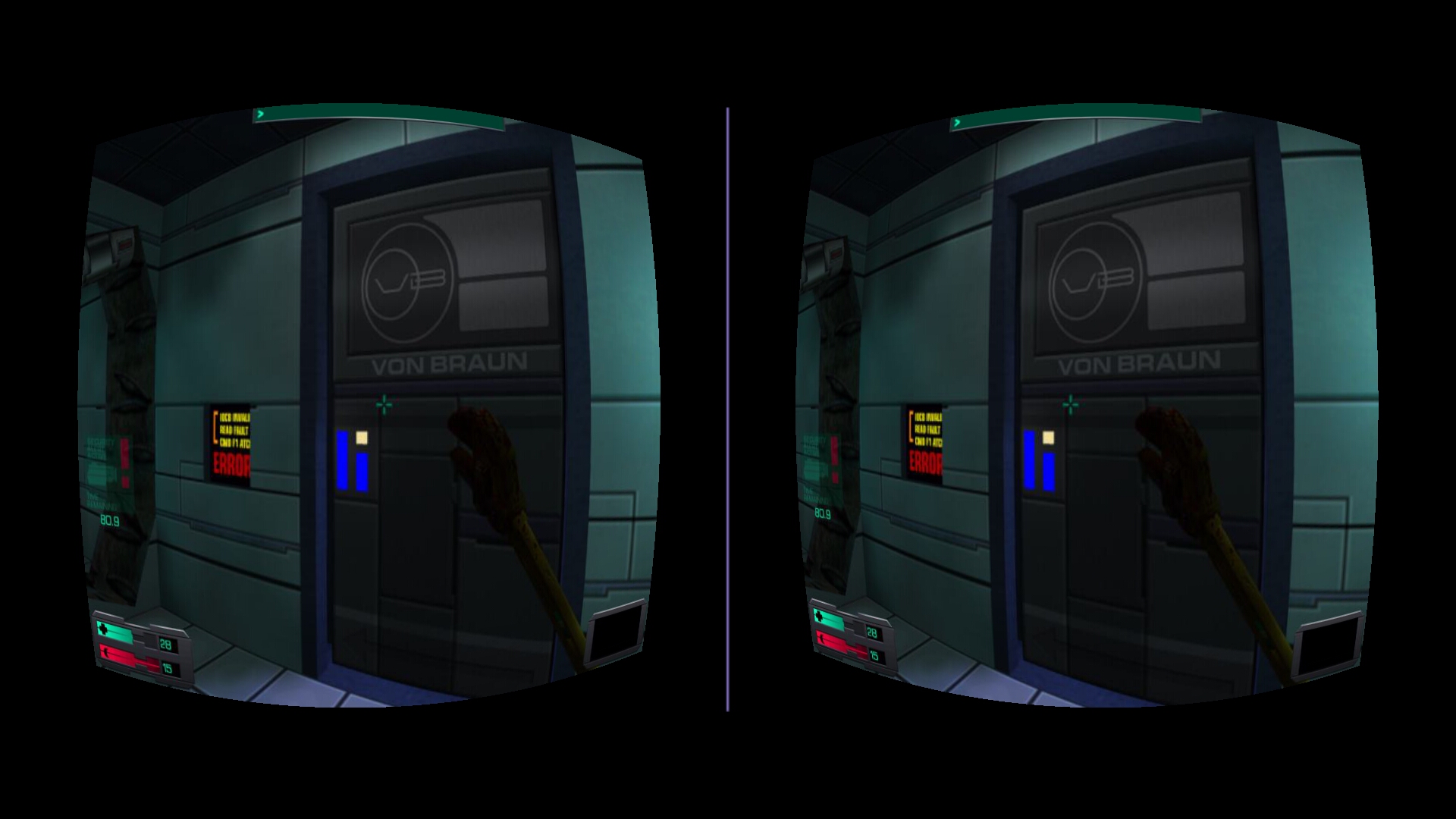 marooned on the Von Braun in stereoscopic splendor 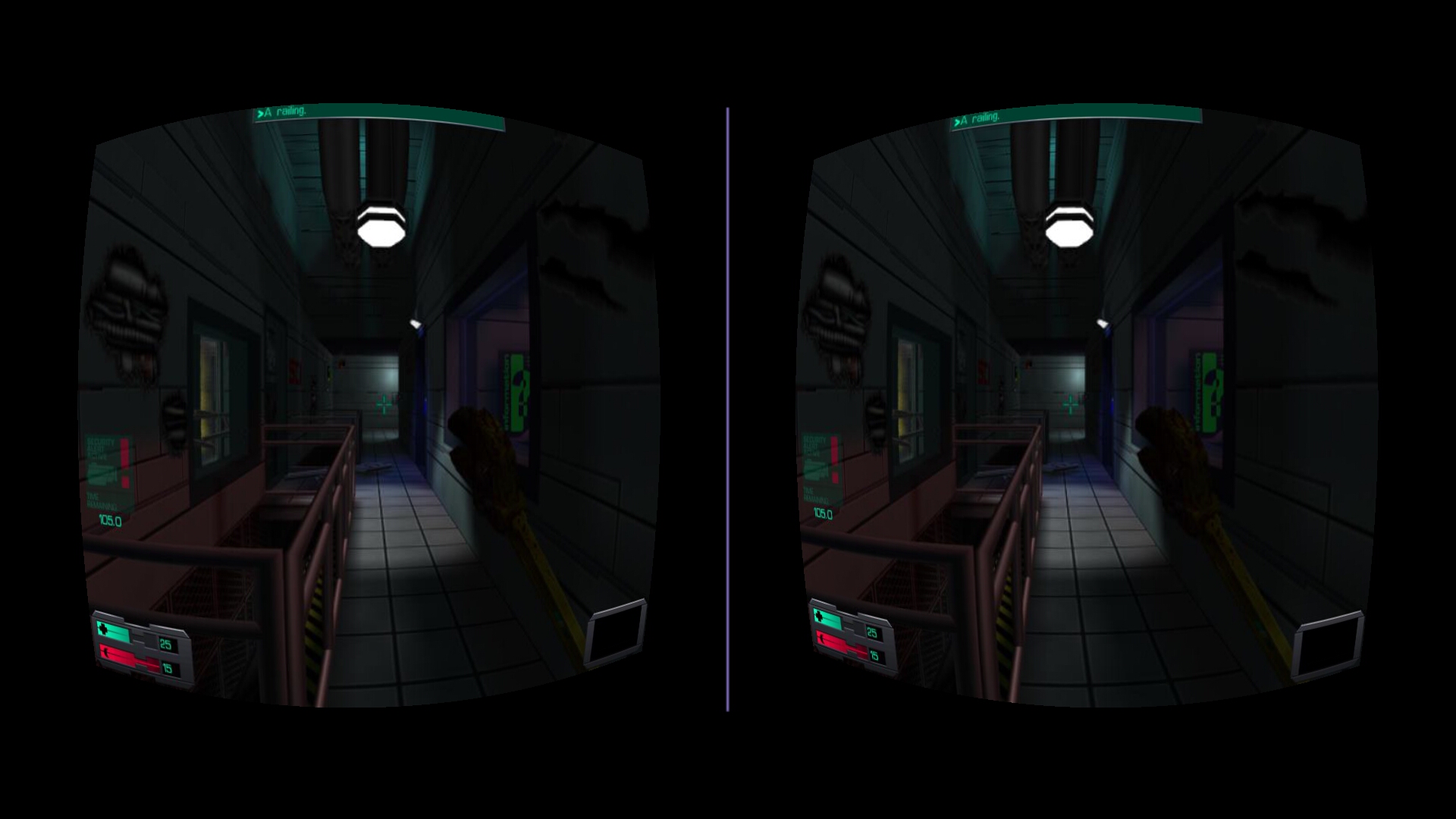 What’s that noise behind you?

The controls at first take some getting used to. I used the standard mouse+keyboard combo and found that the immersive effect is best when not using the mouse too much for looking around but relying as much as possible on the VR sensors while walking with WASD, although it is quite helpful to sometimes use the mouse to recenter the camera, lest your head snaps off your neck from all the frantic swiveling.