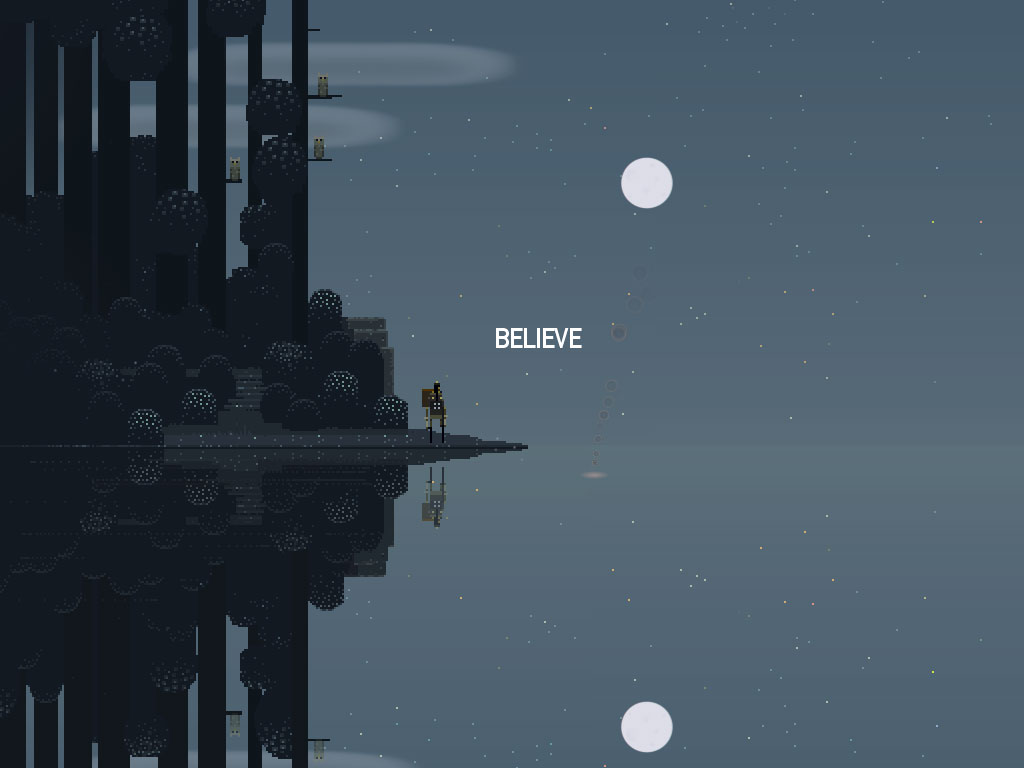 As someone who grew up with early computer games I’m very well aware of the stigma surrounding this … past-time? Procrastination device? art form?

And it’s true, many computer games are like Facebook: you play them but you’re not too proud of it (or they’re the equivalent of a bachelor’s degree).

Once in a while however there’s a game which is so compelling that it feels like literature morphed into an audiovisual interactive experience.

Superbrothers: Sword & Sworcery EP is such a game. It was declared one of Time Magazine’s ‘Top 10 Videogames of 2011’ and I recently got hold of it through the amazing humble bundle which is a a story for itself.

What makes this game so special? A few things, at least:

On the surface the game is a point and click adventure with role playing action gameplay. What’s interesting though is that each action on screen results in brilliantly written little observations which can easily be shared through Twitter.

We spied a curious-looking nestbox with an inscription that read “Tweet & ye shall be re-tweeted”. #sworcery

A problem of making adventure games in the Internet age is that solutions to tricky puzzles can too easily be googled when players are stuck. With Sword & Sworcery however you can hunt for clues on Twitter by reading the micro poetic utterances shared by other players world wide.